The Detroit RiverFront Conservancy lost a dearly loved and valued member of our Board of Directors with the passing of David Campbell on July 7, 2014.

As a founding member of the Conservancy Board of Directors, David was instrumental in the success of the riverfront transformation project from its inception more than a decade ago.  David was also an active member of the Conservancy’s Advancement committee and Public Art and Foundations sub-committees. For nearly 20 years, most recently as President, CEO and Trustee, David led the McGregor Fund with integrity and passion.

In addition to his role with the Conservancy, David was also a founding board member of numerous local organizations, including: City Year Detroit, City Connect Detroit, Detroit Local Initiatives Support Coalition, Excellent Schools Detroit and Michigan Future Schools.  He also served on the boards of New Detroit, the New Economy Initiative of the Community Foundation for Southeast Michigan and the Greater Downtown Partnership.

The Detroit RiverFront Conservancy will miss his leadership and support. 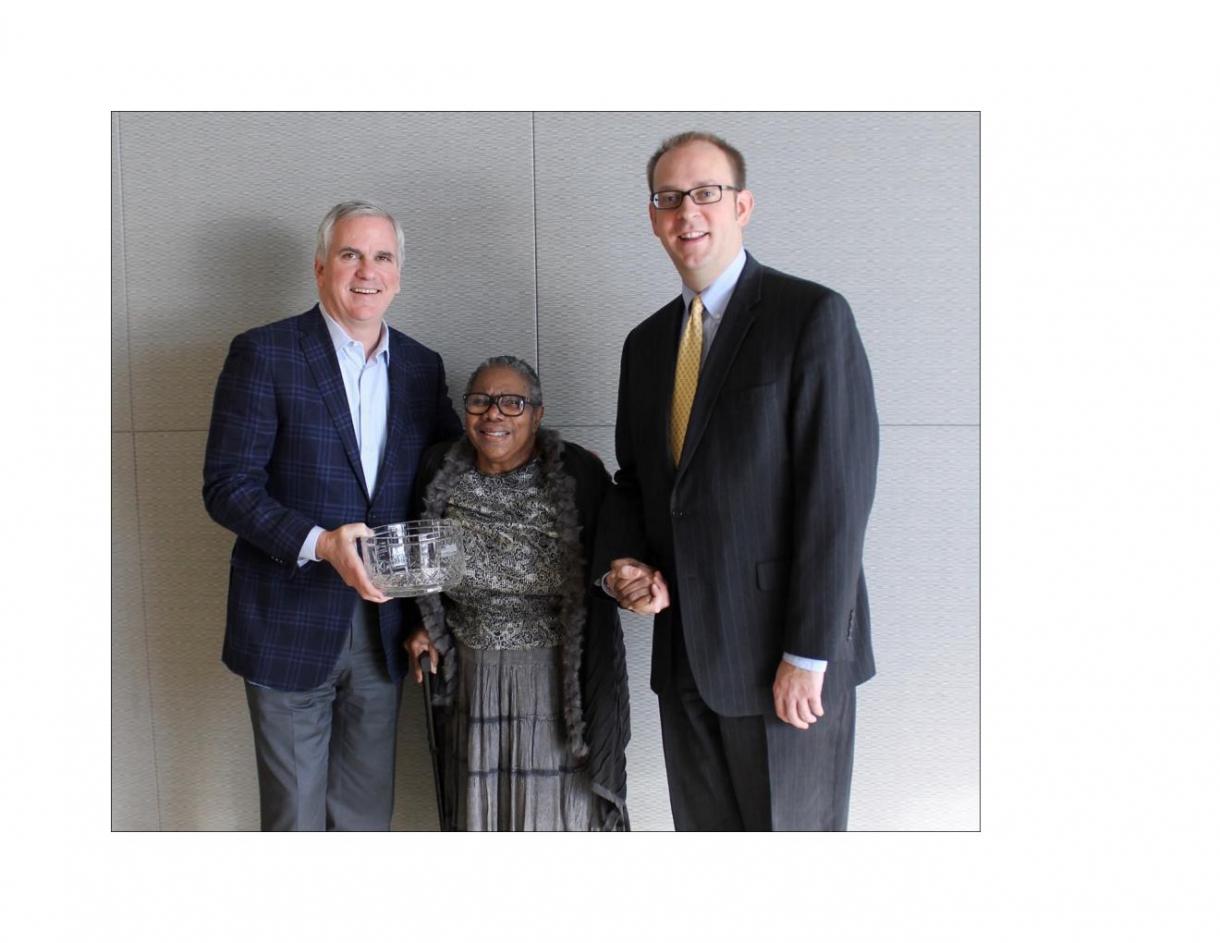 The entire Detroit Riverfront Conservancy family mourns the death of Evelyn Johnston who passed away May 27, 2020.

As a member of the Conservancy’s Advancement, Executive, Community and Engagement, Governance and Nominating and Strategic Planning Committees, she continually provided insight and excellence wholeheartedly.

Even after retiring from the Board of Directors, Evelyn remained an ardent supporter of the riverfront as an Emeritus member.  She will be remembered as one of the most passionate cheerleaders our organization will ever know.

Evelyn served as the president of River East Alliance (REAL) and was the community liaison for the Detroit Riverfront Conservancy.  She contributed to the well-being of the citizens of Detroit through her love for the community, especially children and seniors, and through her efforts to educate and to be the voice for the voiceless.

We are  stronger as an Organization for having known Evelyn, and quite lucky that her love for the Conservancy lives on in her beloved daughter Sharon Banks, who also served on our Board and who continues to work with us as an advisor to our communication team. 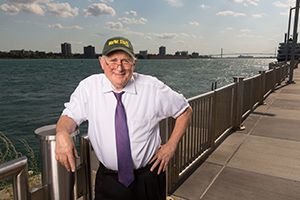 We are saddened to learn of the passing of Senator Carl Levin.

Senator Levin was a friend to all of us and a fierce champion for the revitalization of the Detroit Riverfront. He was a key leader in the development of a Riverwalk that has transformed the City of Detroit and that welcomes millions of visitors a year.

His vision for the riverfront dates back to his days as a member of the Detroit City Council. Among his many contributions were his efforts to secure more than $40 million dollars in federal funds to provide a significant jumpstart to the riverfront revitalization.

These funds were instrumental in the development of numerous high-profile projects along the East Riverfront, such as Mt. Elliott Park, the Detroit-Wayne County Port Authority building, parcels east and west of what is now known as Aretha Franklin Amphitheatre, the bridge at Robert C. Valade Park and the Uniroyal Riverwalk extension. Projects along the West Riverfront include West Riverfront Park and the boardwalk in front of Riverfront Towers. He always made time to personally engage in our efforts to bring the vision to reality.

Throughout his life, the Detroit Riverfront remained a special place to the Senator and he visited often. In fact, just weeks before his passing, he was able to view the riverfront and take in the newly completed boardwalk at the Riverfront Towers …. a project that he had personally championed since the Towers were constructed. We are very grateful he had the opportunity to see this part of his vision come to fruition.

With his passing, we are reminded that our city, state and country were lucky to have a man of decency, justice and integrity fighting for all of us. For me personally, he was a mentor, a friend and a consistent source of inspiration and support. We will take comfort in knowing that the riverfront will continue to be a living memorial to his life and his accomplishments.

Our beloved and respected vice chairman, David K. Page, passed away the evening of July 1, 2014.  The entire Detroit RiverFront Conservancy family is deeply saddened by this news.

David was a founding Board member of the Conservancy.  His dedication, vision and sense of humor will be greatly missed by all of us.  From the launch of the Conservancy more than 10 years ago, David’s contributions to the Organization and to the success of the riverfront revitalization project have been immeasurable.

While David will certainly be missed, the Conservancy will forge ahead revitalizing 5.5 miles of Detroit riverfront as we continue progress toward the ultimate vision of a very special individual who selflessly gave so much to this tremendous transformational project.

Giving back to the community he loved so much brought David a great amount of joy throughout his life. In addition to his role with the Detroit RiverFront Conservancy, he was involved on the boards of Children's Hospital of Michigan, City Year Detroit, Community Foundation for Southeast Michigan, Council of Michigan Foundations, Jewish Federation of Metropolitan Detroit, Jewish Fund, Rose Hill Center, Rose Hill Foundation and Temple Beth El. 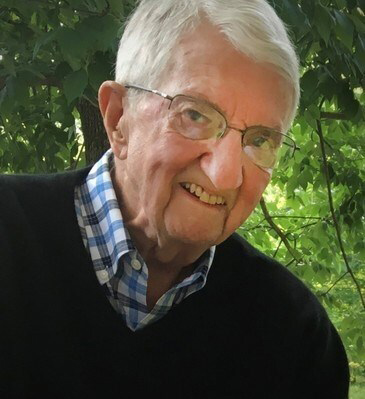 All of us within the Detroit Riverfront Conservancy family are deeply saddened by the passing of Jonathan T. Walton on March 16, 2019.

As a long-time member of the Conservancy’s Board of Directors and the Finance and Investment Committees, Jon’s contributions to our organization are immeasurable.  We will all miss his warmth, tenacity, generosity, and wisdom.  Jon’s fellow Committee members will especially miss the passion and candor he showed during many spirited discussions over the years.

The Conservancy always occupied a special place in Jon’s heart, and several other organizations throughout our community were fortunate to benefit from Jon’s selflessness, as well.

At the time of his passing, he served on the Community Foundation for Southeast Michigan’s investment committee.  He formerly served as trustee of the W.K. Kellogg Foundation, the STI Funds of Atlanta Georgia and the Michigan Historical Center Foundation. He also served on the Board of the United Negro College Fund of Detroit and the YMCA of Metropolitan Detroit.

After nearly 40 years with the National Bank of Detroit, he retired in 1994 as senior executive vice president of both NBD Bank N.A. and the NMD Bancorp, Inc. where he served as head of the Trust Division and the United States Division.  Jon earned a bachelor’s degree in economics from Dartmouth College and a master’s of business administration from Dartmouth College Amos Tuck Graduate School of Business.  He also served three years in the U.S. Navy.

Jon is survived by Sis, his wife of 64 years and four children, Jonathan, Katherine, Lucy and Andrew; and 11 grandchildren and one great-grandchild.

Our community is that much richer thanks to the myriad contributions of Jon Walton.  There will never be anyone ever again quite like Jon.  He will be missed.