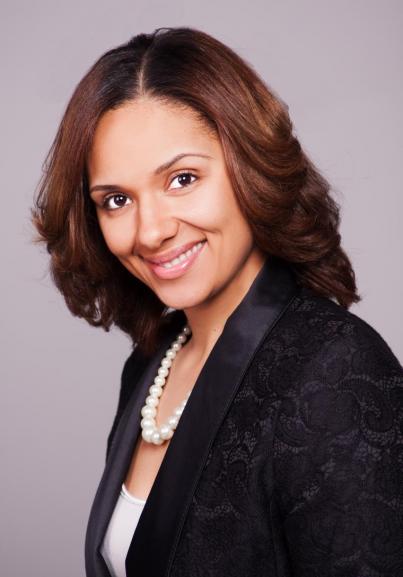 Mary is a native Detroiter with a dedicated track record of service and leadership in our community. Following in her father’s footsteps,  the Rev. Horace L. Sheffield, Mary was recently ordained as a minister, and serves as co-pastor of NewDestinyMissionaryBaptistChurch inDetroit.

In 2010, Mary ran for the Democratic nomination for the privilege of representing the 4th District in the Michigan State House of  Representatives.   The youngest candidate in the campaign, Mary unfortunately finished second by 70 votes, while receiving over 10,000 votes in a hotly-contested primary election.  While unsuccessful, this campaign introduced her to Detroit’s business and labor communities, and served notice that she would be a rising star in Democratic leadership in Detroit for years to come.

In conjunction with her work in the ministry, Mary plays an important role with the Detroit Association of Black Organizations (DABO) by furthering its mission of uniting the Detroit African American community by attaining its greatest possible collective strength. As a member of DABO and as a youth coordinator of the Detroit Ecumenical Ministries Alliance (DEMA), Mary has worked with other community organizations to build consensus around issues of concern to the community.  In addition to her work with DABO, Mary also served as Chair of the Youth Council of the National Action Network (NAN), Detroit Chapter. NAN is the national organization founded by Rev. Al Sharpton to raise awareness and bring about community action in protest of concerns such as police brutality, racial discrimination, and corporate responsibility.

Mary believes strongly in guiding and shaping the lives of Detroit’s youth, with a special emphasis on improving the lives of at-risk young girls.  To further this goal and make a concerted difference in the lives of young girls, Mary established First Steps Inc. in 2009.  Originally facilitated at DetroitCaresAlternativeHigh School, for at risk girls ages 14-19, First steps currently operates at the AndrewYoungEarlyCollegeAcademy. Major areas of the program include intensive, hands-on mentoring and coaching services, educational supplemental instruction in English, Math and Science, and rites of passage instruction for girls entering the critical stage of pre-adolescence and young adulthood.  In 2011, First Steps was recognized and profiled by Fox 2 News as an outstanding community program in a “Redefining Detroit” special.

Mary is privileged to stand on the shoulders of civil rights giants like her grandfather, Horace Sheffield Jr., founder of the Detroit Trade Union Labor Council (TULC), an important organization integral to ensuring the inclusion of African Americans in the UAW. As he was widely recognized and respected for his contributions to working and middle class families in Detroit, our national, and around the globe world, she seeks to accomplish similar objectives, while making Detroit safer, cleaner and more competitive, for us and our future.

In November of 2013 Mary became the youngest elected to the Detroit City Council at the age of 26. Council Member Sheffield was appointed as Chair of the Neighborhood and Community Services Standing Committee, Mary also serves as member of the Planning and Economic Development Standing Committee, and has also been appointed to serve as a board member for the Detroit Riverfront Conservancy.  Mary has made a commitment to fight for the continued growth of our city, and has remained steadfast in keeping our neighborhoods at the center of that conversation.