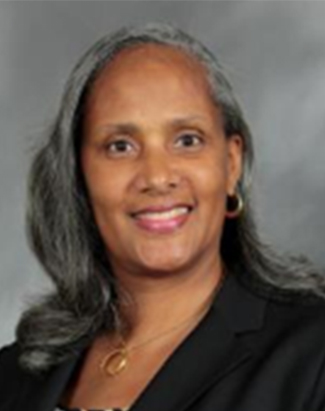 Karen Slaughter-DuPerry is a senior manager for General Motors’ Sustainable Workplaces – Global Real Estate Group – serving as an executive on loan to the Detroit Riverfront Conservancy. She works in the areas of project management and community outreach at the Conservancy and was integral to the efforts in forming the organization.

DuPerry joined GM in 1983 as an architectural designer, where she developed space standards and work place templates. She later transferred to the Real Estate Group. GM’s support of the riverfront project has allowed her to develop the 2010 Economic Impact Statement and manage multiple construction projects that have been implemented. Her passion is to make sure that the Conservancy stays connected to the community and develops plans for projects that include community engagement components as often as possible.

She is a Detroit native and a graduate of Cass Tech High School-Architecture Department and received a bachelor’s of science and a master’s of science in architecture from the University of Michigan. Karen is also the proud mother of two sons, Imani and Kahlil.