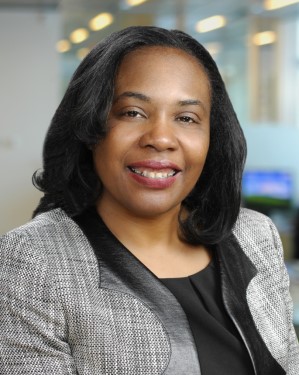 Wendy Lewis Jackson is co-managing director for the Detroit Program. She co-leads The
Kresge Foundation's efforts to revitalize Detroit and to strengthen its social and economic
fabric. Her work supports organizations providing economic opportunity for low- income
people and addresses the needs of vulnerable children and families.

Prior to joining Kresge in 2008, Wendy was a program director for Children and Family Initiatives and executive director for education initiatives at the Grand Rapids Community Foundation in Grand Rapids, Mich. She taught at Grand Valley State University in Allendale,
Mich., and has co-authored and assisted in the publication of several reports and publications that address community needs and problem solving.

Wendy is an American Marshall Memorial Fellow of the German Marshall Fund of the United States; the Association of Black Foundation Executives named her an Emerging Leader in 2008.  Wendy earned a bachelor's degree in political science and communications from the University of Michigan. She also holds a master's degree in social work from U-M, with a concentration in community organization and social policy and planning.