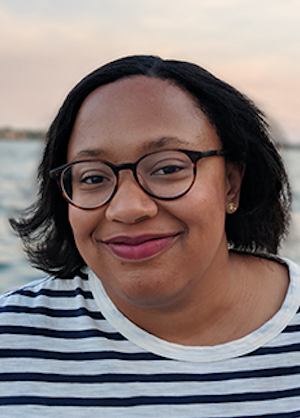 Rachel holds bachelors’ degrees in history and political theory from Michigan State University, and a master’s degree in public service management from DePaul University. Prior to joining the Conservancy in 2013, Rachel worked with two different Chicago-based community development organizations, the Chicago Loop Alliance and Division Street Business Development Association, and prior to that she worked at the Brooklyn Children’s Museum in Brooklyn, New York. In 2018, Rachel was recognized nationally as a Next City Vanguard for her leadership in developing a reused shipping container into and active bar and pop up along the Dequindre Cut.

Rachel lives, works, and plays on the riverfront and Dequindre Cut as a resident of Detroit’s Lafayette Park neighborhood. Rachel is an avid MSU Basketball fan and can often be spotted forcing her English bulldog, Dingell, into Spartan jerseys on game day.