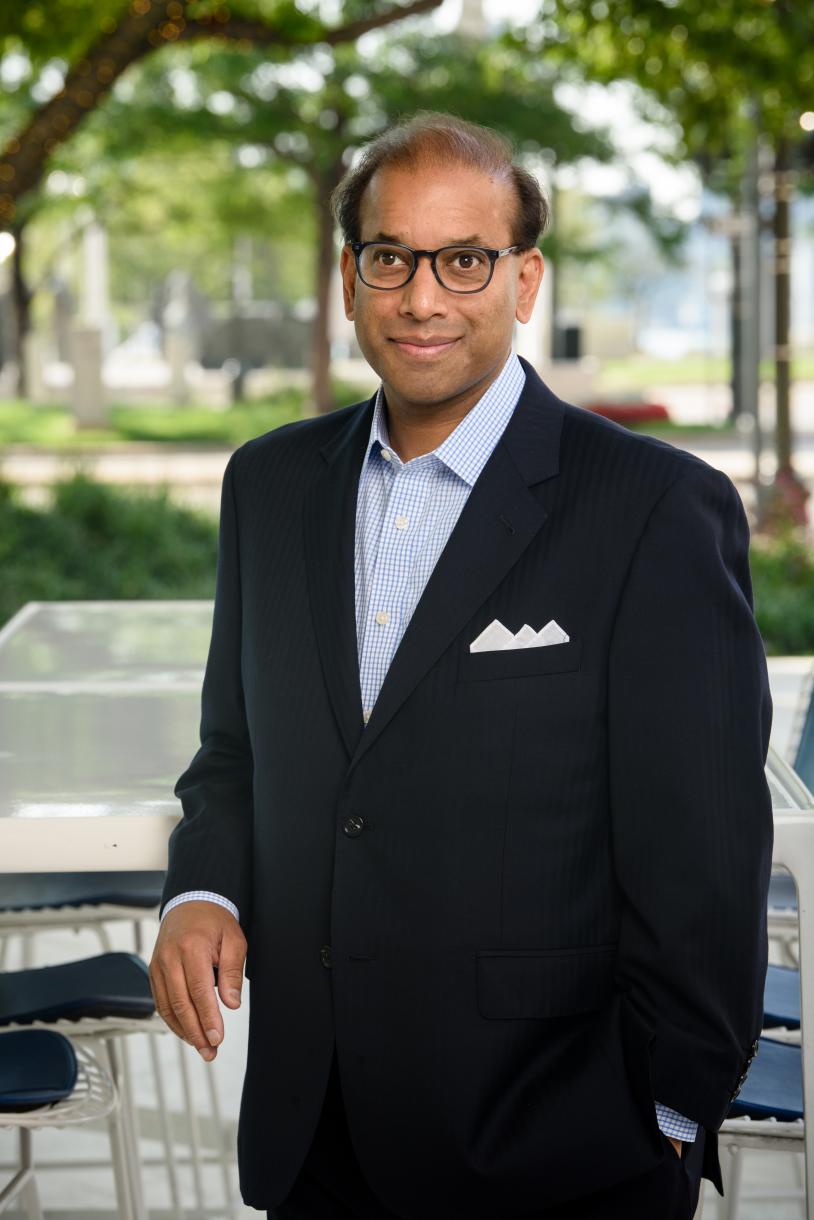 The Honorable Sandy K. Baruah is president and CEO of the Detroit Regional Chamber, the third largest chamber of commerce in the nation. The Chamber represents the business interests of a region comprising 5.4 million residents and 11 Fortune 500 companies. The Chamber also executes the statewide automotive and mobility cluster association, MICHauto, and hosts the nationally recognized Mackinac Policy Conference. Additionally, the Chamber leads the most comprehensive education and talent strategy in the state.

Baruah joined the Chamber in 2010 after a distinguished career in Washington, D.C. He served President George W. Bush as administrator of the U.S. Small Business Administration (SBA). In this role, he was the chief executive responsible for the SBA’s 4,000 national employees and $18 billion small business loan portfolio. Baruah was one of the senior offi shaping the federal government’s response to the 2008 credit crisis and assistance to the U.S. automotive industry.

Prior to leading the SBA, Baruah served as U.S. Assistant Secretary of Commerce. In this role, he was responsible for the U.S. Economic Development Administration (EDA), served as the senior advisor to the Secretary of Commerce for the 2010 Census, and represented the U.S. government before the Organization for Economic Cooperation and Development (OECD) in Paris, France.

Before serving President George W. Bush, Baruah was a corporate mergers and acquisitions consultant for the Performance Consulting Group and served both President George H. W. Bush and U.S. Sen. Bob Packwood. After leaving government service in 2009, he was a Distinguished Fellow at the U.S. Council on Competitiveness, a Washington-based think tank focused on economic competitiveness policy.

Baruah earned his Bachelor of Science from the University of Oregon and a Master of Business Administration from Willamette University. Baruah serves on the boards of the Federal Reserve Bank of Chicago, U.S. Council on Competitiveness, Automotive Hall of Fame, and Detroit Economic Club, among others. He is a contributor to Harvard Business School’s U.S. Competitiveness Project, a Leadership Circle member of the George W. Bush Presidential Center in Dallas, Texas, and chairs the Great Lakes Metro Chambers Coalition. He is also a former Advisory Board Member of Spain’s Institute on Competitiveness.

In 2016, Gov. Rick Snyder appointed Baruah as Chair of Michigan’s 21st Century Economy Commission. He is a frequent commentator on local and national media regarding political developments, automotive industry matters, and Detroit and Michigan issues.

Sandy and Lisa Baruah have one son, live in a household run by the family pets, and previously lived in Portland, Oregon and Washington, D.C.