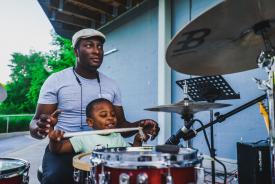 The Dequindre Cut will be filled with the sounds of some of Metro Detroit’s most talented entertainers this summer and fall as the Detroit Riverfront Conservancy brings back its Campbell Terrace Performance Series with regularly scheduled programming beginning Wednesday, July 10, 2019.

The Campbell Terrace is a small-scale outdoor performance venue that features a covered stage, tiered concrete walls for seating and lush landscaping.  It is located at the base of the Lafayette Street ramp to the Dequindre Cut between Orleans and St. Aubin Streets.  The Terrace was commissioned by a $1 million gift from the McGregor Fund to honor the legacy of David Campbell, its former president who passed away in 2014.  Campbell was also a founding member of the Conservancy’s board, as well as an avid supporter of arts and culture. 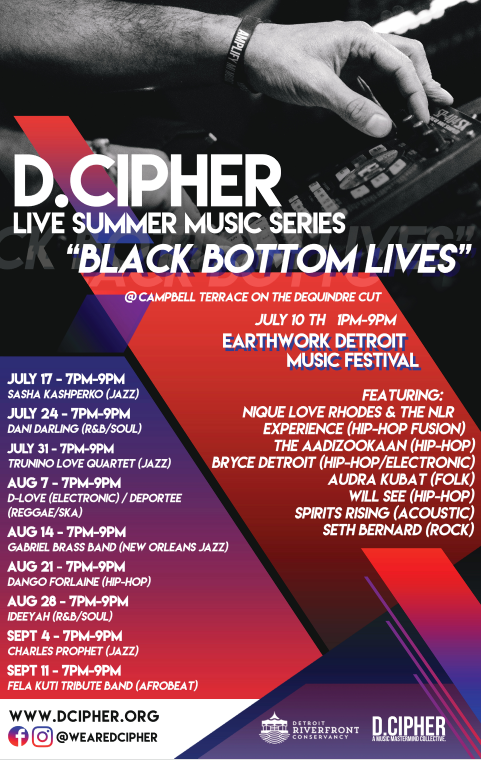