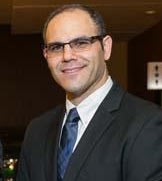 Serving as Assistant Prosecuting Attorney from Jan 2010 to Jan 2015 for the Wayne County Prosecutor's Office, Detroit, Michigan, he was assigned to SVU, a special unit of prosecutors experienced and dedicated to solving and trying sex crimes.  He also handled media cases that received local, national and international news attention.  He held hundreds of felony examinations, prosecuted defendants, some of which included police officers, professional athletes, serial rapists and religious leaders, and directed and cross-examined testimony from a variety of expert witnesses.

Additional achievements include being hand-picked by the Chief of the Domestic Violence Unit to present at a Community Awareness Program, personally requested to appear on behalf of the WCPO for "Operation Stand down for Veterans",  selected as member of the Government Bar Association Board of Directors and its Executive Committee and re-established the Government Bar Associations Political Action Committee.

He is fluent in Arabic and he and his wife Pachia and their children reside in Dearborn, Michigan.